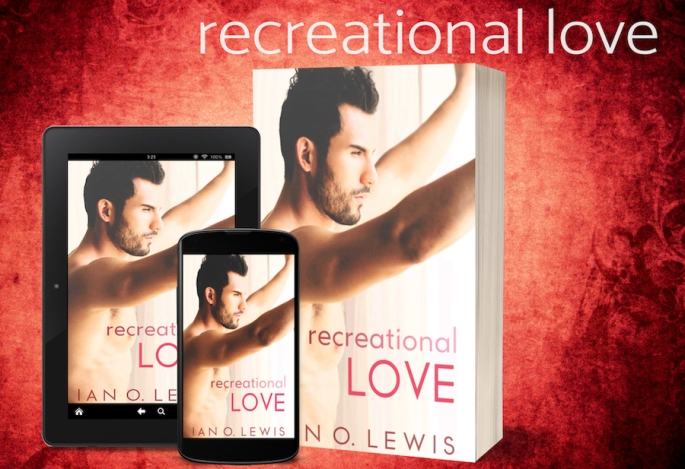 I’m proud to announce my latest novel Recreational Love is now live on all major stores.  You may purchase it on Amazon, Kobo, Apple, Google Play, and Nook.

“You still want to have sex? Because if that’s all you can handle right now, I’m prepared to keep it light, no strings attached.”

Michael Reynolds had it all. A successful real estate developer who could have any man he desired, but only on his terms. Recreational love was all Michael wanted; no feelings required, just a good time for the night. He only gave his heart away once, and twenty years later, he is reunited with the love of his life. Determined to win Spencer back, he agreed to a simple fling, no strings attached. Could he play by the rules of recreational love, or would he lose his heart instead?

Spencer Talbot returned home to escape rumors and gossip after being abandoned at the altar by his philandering fiancé. Secretly relieved the wedding didn’t take place, all he wanted was a quiet place to lick his wounds and get on with his life. When his first love reappeared after decades apart, his world was turned upside down. The attraction between Spencer and Michael was overwhelming, but the timing couldn’t be worse. Giving in to his feelings would make him vulnerable, and he’d had enough rejection to last a lifetime. Could Spencer open himself to Michael and finally be with the only man he’d ever loved?

This is a second chance romance between reunited high school sweethearts. It features a wise aunt, an eccentric family, and a love that refuses to die. And of course, there’s a guaranteed happily ever after.

Reviews For Those Who Love A Good Book

Now this is how a second chance romance is done.

One thing I’ve run into with second chance romances is the reason it didn’t work the first time is either something dumb or poor communication. Not so here. The reason and the way Michael and Spencer handled it made complete sense. I love how the author chose dual POV because it made connecting to the guys easier and stronger. I’m all about the feels and this book delivered. I swear by the time I got to the epilogue I was ready for some big reveals. Just as excited as I used to get watching Clean House and waiting for Nicie to do reveal day. If you were a big fan like me you know what I mean. I wanted an HEA, find out what happened to the bad guy, and see the others happy. I got it all big…

I’m happy to announce my next book titled Lovefool is available now on Amazon!

“Will he give me a second chance?”

Dr. Kent King left home to attend medical school, and experience life on his own. He left behind his first love, and he’s never forgotten the sizzling chemistry they shared. Offered the job of his dreams, he returns to his hometown excited to provide medical care to the less fortunate. But his heart has never forgotten Erik, the soulful man who taught him what love was about. Will the tempestuous blue-eyed man he left behind forgive him for leaving in the first place? 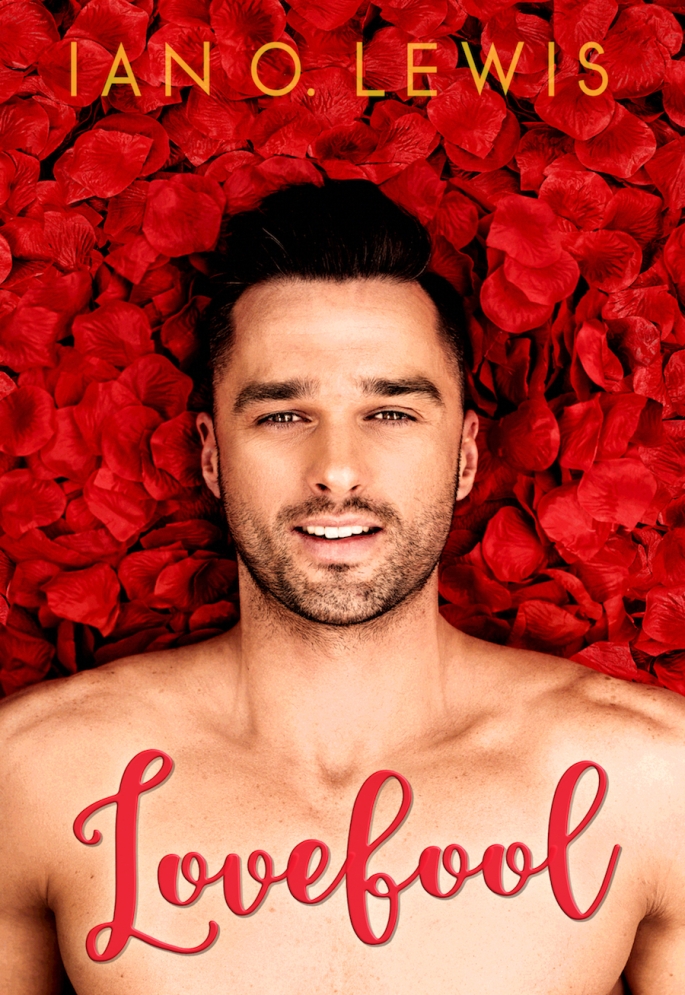 Never able to forget his first love, Erik Rhoads struggles to keep his head above water. Like a turtle he retreats into his shell when tragedy strikes. Unable to cope with his feelings or the people who care for him the most, he hits rock bottom. A true survivor, he will pick himself up, shake the dust off, and begin the process of becoming whole again. But will his heart survive the return of the only man he’s ever loved?

Lovefool is a second chance gay romance about a sexy Doctor who lives to help others, and the soulful man he can never forget. It’s a steamy tale of love, friendship, and family with a guaranteed HEA.

The balmy night air was thick, and coupled with the handful of fans still stalking Lance at the backstage door, oppressive. I stuck with the bodyguards as they formed a wall around Lance. He stopped us for a minute here and there, signing autographs and posing for pictures. The hyper-adoration of the teenagers calmed somewhat as he gave them what they wanted, or at least, what they thought they wanted.

Beneath the layers of heavy black eyeliner, skin tight clothes and youthful innocence was a palpable undercurrent of lust. As he placed his arms around them and touched their hands, you could feel hormonal surges transferring from flesh to the atmosphere surrounding us. The bodyguards smirked, used to the adoration bestowed upon their charges.

My cock grew thick watching it, and if it was at all possible, their lust for Lance traveled through the humid air and soaked into my skin. For the briefest moment I wanted to snatch him away, take possession of the pop star in front of these kids. Show them that what he desired had nothing to do with their teenage dreams.

My cock kiddos. Buzz off.

Finally the last autograph was signed, and we hustled into the waiting limo, one guard in the front seat, and another in the back with us. For a moment I was incensed; I wanted the action to start now.

How dare that bodyguard get in with us?

The bodyguard’s frame was muscular, like a professional wrestler. His beard was thick, and as he sat back in his seat, I noticed something else about him that was huge; his cock. His package stretched the thin denim tight to the point of bursting, and I had a hard time tearing my eyes away. I didn’t want to get caught staring, but I was dying to know what he looked like underneath his jeans.

I sat across from them, trying my best to focus on my trick. I didn’t want to piss him off when now all I could think about was the huge bodyguard packing major heat. Moments later, my curiosity was rewarded.

“Lance, before you finish with him,” the guard said, looking in my direction, “take care of me.” He squeezed his cock with his massive hand, and my mouth immediately went dry.

My eyes must have grown huge, and the big man smirked and unzipped his jeans. Lance got on his knees, reached a slender hand inside and pulled out the thickest cock I’d ever seen, and I’d seen a lot. Without a second’s hesitation he wrapped his lips around the mushroom head. The bodyguard’s hips bucked, and his moans filled the back of the limo. He leaned his head back, placed a hand on the back of the pop star’s head and forced his cock deeper into the young man’s throat.

The crotch of my jeans grew tight. I looked down and saw a wet spot forming, my cock demanding attention. I rubbed it through the material, never taking my eyes away from Lance working that huge cock with his mouth and hands. I wanted to get on my knees, help him get the guard off, so I unzipped my jeans. Without warning, Lance stopped, looked at me and issued a command.

The guard smiled and shrugged his shoulders. Then he placed his hand on the back of Lance’s head and forced the pop star halfway down his shaft. I licked my lips, frustrated, then zipped back up. I crossed my arms over my chest so I wouldn’t touch myself. The need to get off growing by the second as the bodyguard’s cock slid in and out between Lance’s lips.

I knew what was happening. Lance was teasing me, prolonging my need, making me want to fuck him harder. The sight of that piece of meat sliding in and out of that pretty mouth, so like Joe’s mouth, was making my inner circuit breaker overload.

“Bitch, almost there. Yes, that’s it. You gonna eat my come?” The guard asked, breathlessly. Lance nodded his head, then stopped moving. I could see his tongue working the head of the guard’s dick, prolonging the point of no return. Lance placed a hand against his bodyguard’s tight balls and gave a gentle squeeze.

“Fuck.” The bodyguard sighed, his body stiff as his cock pumped its load into Lance’s greedy throat. The younger man’s eyes opened, then it seemed as if his crystal blue eyes rolled into the back of his head. Not able to help myself, I palmed my cock and moaned.

via Mannox by Luke Jameson

Luke Jameson continues his steamy short story series about male prostitutes. In this series he explores the realities of hustling, showing the humanity behind the sexy bodies. He also manages to insert enough scorching action to fog up the screen of your e-reader.

Discovering love for the first time, Mannox must put reality before his feelings. Will turning a trick destroy his budding relationship with Joe?

Mannox And The Pop Star

Bills are piling up, and his ticket out of the seedy underworld of male prostitution isn’t paying enough to keep his head above water. To top it off, his feelings for fellow hustler Joe are leading his heart to a complicated place it’s never been before.

Both men feel the pull of their hearts growing stronger day by day, but reality intrudes, and Mannox must do what he’s always done; make that money.

Enter the Pop Star, a closeted celebrity willing to pay top dollar for Mannox’s special talents. His need for pleasure leads them on a steamy escapade for one wild night of passion that begins backstage, and ends with both men completely drained.

This weekend, enjoy the story of Brig and Fernando- two men with serious scars, and a yearning for love. This May/December romance is 50% off this weekend, exclusively at Nook and iTunes!

Missionary, my first novel, is on sale this weekend on one of my favorite storefronts, Kobo for 1.99. 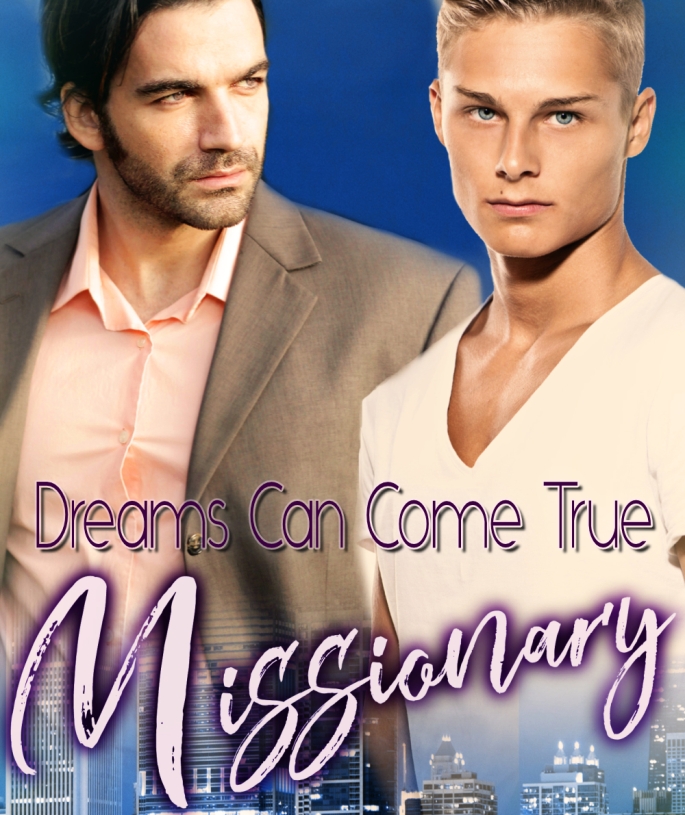 It’s also available on Amazon, Barnes and Noble, and GooglePlay, but alas, it’s only on sale at Kobo.

This is your last chance to grab your copy of Serve for the sale price of .99! Grab your copy today or read in Kindle Unlimited!

I’m reading all the books in the Men of Hidden Creek series, and totally loving Storm by H J Welch! Chase and Hunter are addicting characters, and it even has a cute puppy. It’s available exclusively on Amazon in Kindle Unlimited. #mmromance #gayromance #gayfiction #kindleunlimited