“I’m Mario. Mario Cortez.” He stammered with a trace of an accent, while holding Bud’s hand for a beat longer than usual. His tan forehead shone with a slight sheen of sweat despite the arctic temperature of the SUV’s air conditioning. He finally let go of Bud’s hand, his fingers slow to relinquish their grip.
“I saw you on the practice court. You’ve got one hell of a serve” he complimented the younger player, working hard to keep his voice steady.
“I played with him last year, doubles at Barcelona” Heinz interjected with his thick German accent, “and he is going to do very well. He is great at the net.”
“I love to play doubles” Mario replied. His brown eyes darted back and forth between the two veterans. He’d only in the last year made it into the top 100, and he was now ranked 47th in the world. Even though he had played a couple of doubles matches with the world number one, he had yet to play against him or Bud in singles.
“I have never done much publicity for the tour before. They told me that Eddie couldn’t make it because he had to get an MRI done, so I am his substitute.” Mario said quickly, justifying his place with the two higher ranked players.
The two veterans smiled benignly at the younger one, all the while assessing him the way competitors do. Heinz was recalling his expert volleying, while Bud crossed his legs to hide his growing erection.
Bud glanced down and noticed Mario spreading his legs a bit further apart. He lifted his eyes quickly to his face, hoping he hadn’t noticed him staring at his package.
Mario had noticed, and had done so on purpose. He placed his large right hand on his thigh, with his thumb resting next to his bulge, absently moving it up and down while turning to the window. Then he looked down towards Bud’s crotch, then slowly lifted his eyes up while keeping his head lowered. The effect on Bud was subtle but noticeable; Bud’s breathing became more pronounced. He then took his hand and quickly adjusted his cock, then turned and stared out the window once again.
Bud looked out the window to avoid looking directly at him. Mario caught and then held Bud’s gaze in the reflection of the window; Mario gave a little smile, and then they both looked away just as the vehicle was pulling into the hospital parking lot. 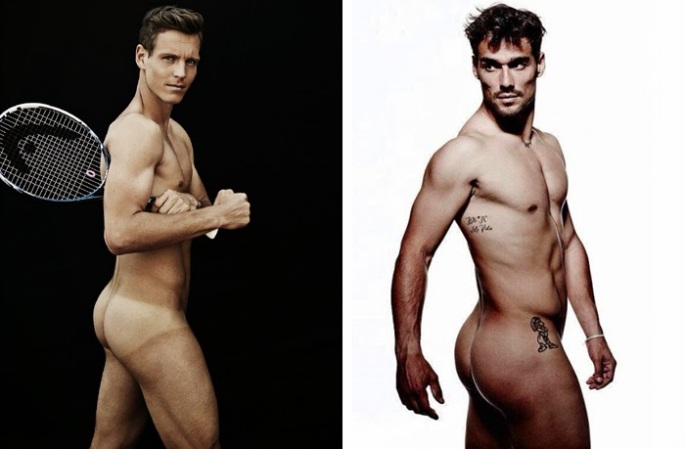